With the thermal cooker pot, my meals are much easier to prepare.
Recipe:
Half Chicken (chop to bite sizes)
4 big red dates (pitted)
handful of wolfberries
1200 ml water
1. Blanch the chicken
2. Place the chicken, red dates, wolfberries into the thermal pot.
3. Add in water
4. Boil for about 30 minutes.
5. Place the inner thermal pot into the outer pot.
6. Cover both lids.
7. Leave the soup to sit for at least four hours without opening the lids to peek at the contents.
8. No seasoning required for the soup as the red dates and wolfberries make the chicken soup very tasty but if preferred , can add salt to taste.
Step by step on how to cook the chicken soup in the video.
Posted by alicesg at 10:15 PM No comments:

Nowadays, I prefer to use the thermal cooker pot, save gas and electricity.
It is so easy and useful. Just boil the soup and keep in the thermal pot for few hours.
Watch the video for the step by step tutorial and ingredients.
Posted by alicesg at 10:27 PM No comments:

After getting rid of the metal smell and taste in the pot (see earlier post , I decided to cook ABC soup with the thermal cooker pot. Very easy to use the thermal cooker pot. Firstly, I blanched the pork ribs and then throw all the ingredients into the thermal pot and add some water into it. Boil the whole thing for about ten minutes and add salt to taste. Placed the pot into the outer pot and covered with both lids of the inner pot and outer pot for about three and half hour or four hours. The soup taste nice and the potato and carrots are soft. Watch the video for the step by step procedures.
Posted by alicesg at 9:34 PM No comments:

Cooking the Chicken with white fungus soup with the slow cooker is very easy. 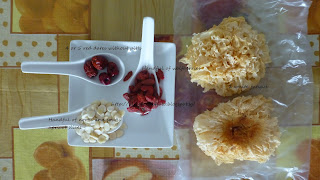 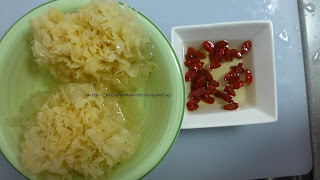 Soak the white fungus till fully expanded and separately soak the wolfberries too. 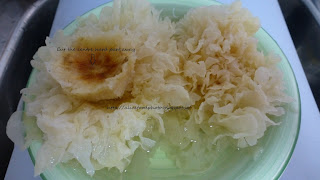 When the white fungus expanded fully, cut the centre hard part and throw it away, cut the rest of the fungus to smaller pieces. 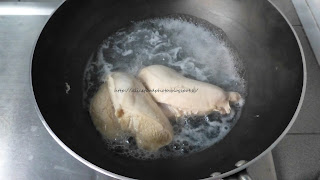 Blanched the chicken and throw the water away, refill with about 1.5 to 1.7 litres of fresh water. 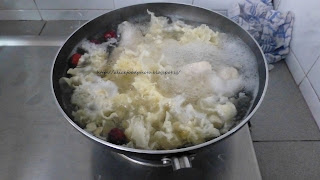 Add in the red dates, apricot slices (good for curing cough and phelgm), white fungus, boil for a while before transferring to the slow cooker. 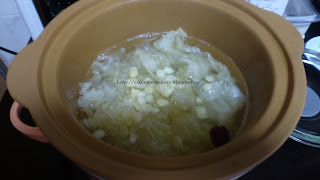 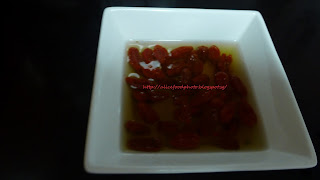 Optional: Boiled some quail eggs and add into the soup too. At this point, taste the soup, and add salt to taste. 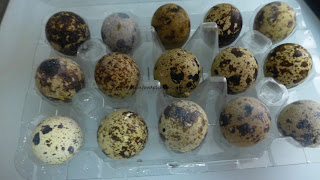 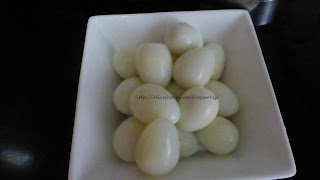 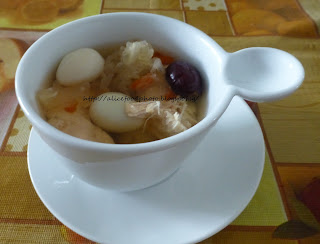 The soup is really tasting and soothing, good for those with dry throat, cough and phelgm. Video on step by step on how to cook the soup using the slow cooker.
Posted by alicesg at 10:29 PM No comments:

PLEASE ASK PERMISSION BEFORE YOU RE POST MY PHOTOS ON TO YOUR BLOG. THERE ARE SOME BLOGGERS WHO DID NOT ASK MY PERMISSION AND REPOST MY PHOTOS WITHOUT THE COURTESY OF LINKING BACK TO MY BLOG. THIS IS LIKE STEALING. PEOPLE, I HAVE SPEND MUCH TIME TAKING PHOTOS AND DOING HOMEWORK ON MY TRAVELLING INFORMATION AND KINDLY SHARE THESE INFORMATION TO ANYONE INTERESTED IN THEM. IF NECESSARY I WILL POST SCREEN SHOT OF YOUR BLOG TO SHOW YOUR BAD MANNERS OF STEALING MY PHOTOS. THE MOST DISGUSTING THING THEY DID WAS TO SCREEN SHOT MY PHOTO AND CORP OFF MY BLOG TITLE FROM MY PHOTO AND REPOST THEM IN THEIR BLOG.

Not writting for any establishments. Just to share my food experience in different places and also to share some recipes. :)

Please do not use or reproduce any of the photos in here without my permission. Thank you.

My other blogs update

alicesg
Two clumsy senior citizens who loves travelling (preferably on a DIY mode) and as long as our leg power can take us to where we wanted to go. We may be old and clumsy but very young at heart hahaha. We knows how to navigate our way around and read maps and simply loves taking public transports just like the locals in the countries we visited. As we travelled, we made fond memories together and hopes to continue travelling as long as our health permits.